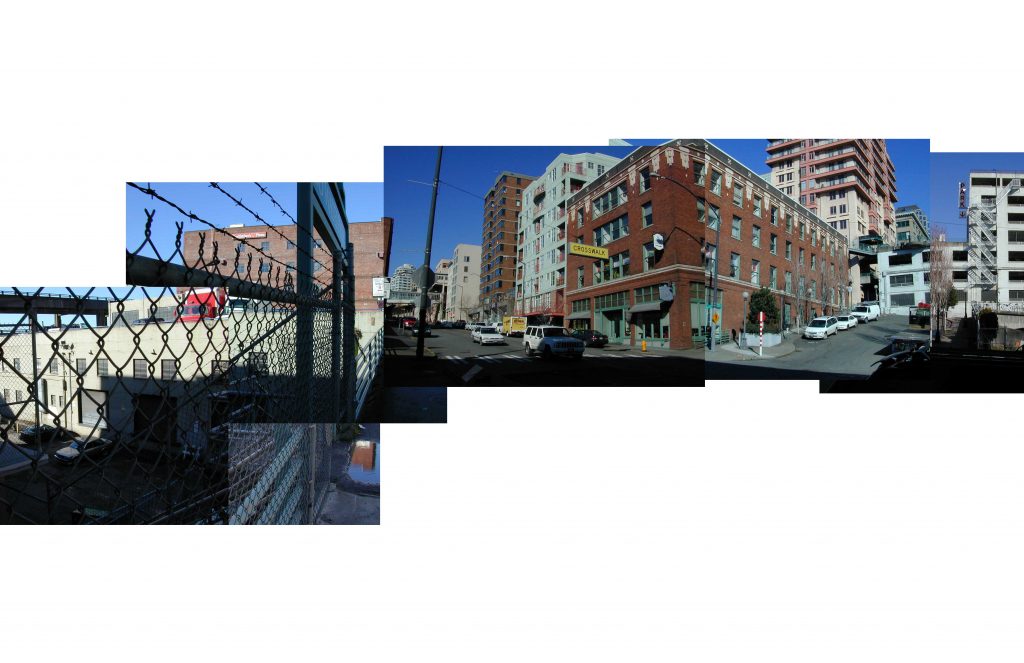 This juried competition was open to any architect in the Northwest USA or Western Canada. On one sheet of 8.5×10.25 inch paper, each entrant submitted one plan, one section, and one sentence describing one complete, designed, or speculative building. Fifty-five entries were submitted and four winners selected, including our submission, Sainte Terre. Winners were published in the Summer 2000 ARCADE issue, which catalogues plans and sections of buildings in the Pacific Northwest and seeks to learn the internal code. “If we resist the visual celebration of the world, then our unique qualities must be hidden in the structure, spatial arrangements and tactile intimacies revealed in the plan and its partner the section.” ¹A exploration of the power of walking, the proposal considers a forlorn pedestrian connection from First Avenue to the Elliot Bay waterfront in Seattle, Washington. A public skate park, free outdoor cinema, and artists’ live/work housing are inserted along the redesigned route.