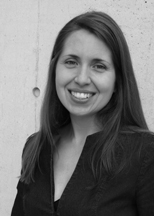 A native of Wisconsin, Tricia earned both a Bachelor of Science in architectural studies and a Master of Architecture degree from the University of Wisconsin – Milwaukee, where she received the prize recognizing the top thesis project in her class. Following graduation she spent a year teaching at her alma mater as an adjunct instructor while simultaneously beginning her professional internship. After relocating to Seattle she worked for several years as a project manager for the Miller|Hull Partnership.

Tricia completed her internship with time in the offices of Ellis-Miller Architects in Cambridge, England and Kieran/Timberlake in Philadelphia. While in Philadelphia she was also an Adjunct Assistant Professor at Temple University. In 2004 she joined the faculty of the School of Architecture at the University of Tennessee where she is a Professor. Her research is focused on the unseen aspects of site as a vehicle for connecting design to place in significant ways.

Tricia is licensed in Washington State and is certified by the National Council of Architectural Registration Boards. She is a Fellow of the American Institute of Architects, an Affiliated Fellow of the American Academy in Rome, and a former James R. Cox Professor. She is the recipient of the ACSA/AIA Housing Design Education Award, the ACSA/AIAS New Faculty Teaching Award, the ACSA Design/Build Award, and the AIA Young Architects Award, which, “is given to individuals who have shown exceptional leadership and made significant contributions to the profession in an early stage of their architectural careers.” 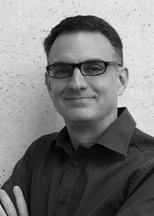 Raised in Chattanooga, Ted received his Bachelor or Architecture degree from the University of Tennessee. While there he received the Torchbearer Award, the highest honor bestowed upon undergraduates. Following graduation Ted began his architectural internship in Tulsa while simultaneously earning a Master of Architecture in urban design from the University of Oklahoma. He then practiced in Seattle including several years in the office of the Miller|Hull Partnership.

In 2002 Ted was a Fulbright Fellow in Estonia where he investigated how architecture has been renovated, adapted, and reused over the last century in repeated efforts to exert political and cultural influence. He then spent a year at the Martin Centre for Architectural and Urban Studies at Cambridge University where he earned a Master of Philosophy in Environmental Design in Architecture. Following a brief stint practicing in Philadelphia, where he also served as an Adjunct Assistant Professor at Temple University, he joined the faculty of the School of Architecture at the University of Tennessee in 2004, where he is a Professor.