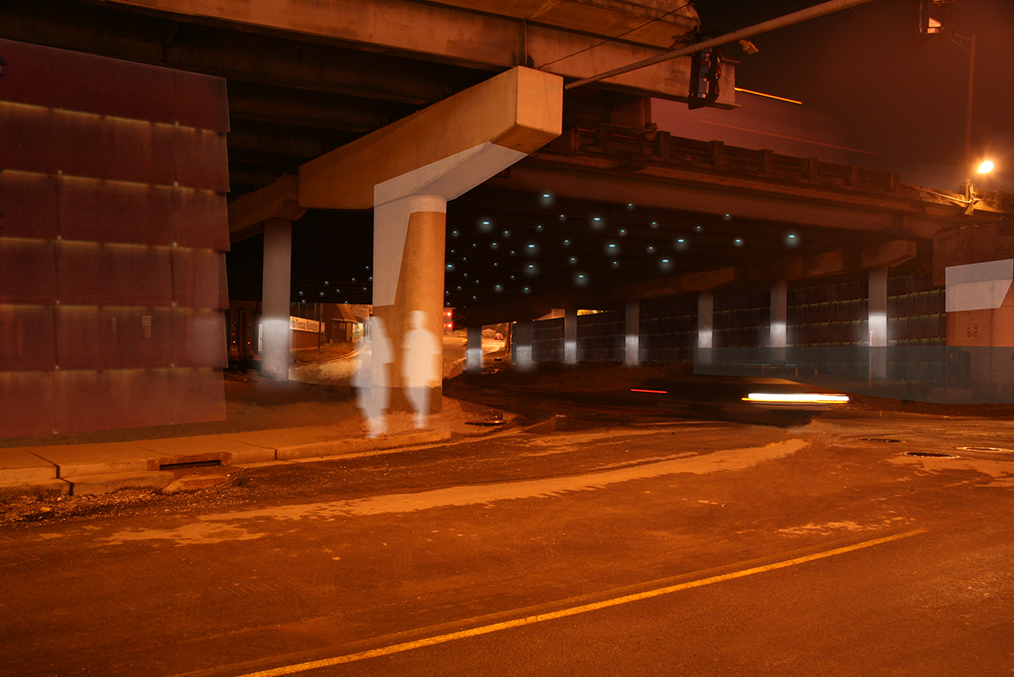 A competition entry, Re:Route is an unsolicited proposal designed to challenge the City of Knoxville and the Tennessee Department of Transportation to pursue transportation improvements for pedestrians and cyclists following a vast expansion of the interstate freeway system. Highway infrastructure – its scale, speed, and direction – dominate the spaces below even though the people who [would] inhabit them have different scales, paces, and destinations. This proposal reclaims these places as safe, pleasant, and desirable passages between adjacent neighborhoods by removing real and perceptual barriers that discourage pedestrians, cyclists, and other healthy and sustainable alternatives to driving.

Underpasses in many American cities remain vast, dark spaces where people feel vulnerable. This modest prototype offers welldesigned viaducts as catalysts for change through the intentional use of light, enclosure, and materiality at the scale of the pedestrian. The intervention is achievable by community groups working with local design professionals and city representatives – an ‘adopt an underpass’ approach.

The design strategies are flexible and emphasize continuity of the urban street, perpendicular to the dominant grain of highway piers, beams, and roadways. A datum orders the assemblage of existing and new elements and establishes a finer scale and grain, one derived from the pedestrian. The datum foregrounds a new wall of enclosure made of recycled steel panels ordinarily used to cover holes during road repair. Existing columns receive ‘lamp shades’ that reinforce the datum and conceal lighting. Column bases are painted to reflect light along the pedestrian zone. Recycled steel retaining walls further organize the foreground, create a buffer between sidewalk and street, and reconfigure slopes for wheelchairs, strollers, and carts. At night, a constellation of LED lights twinkle overhead. 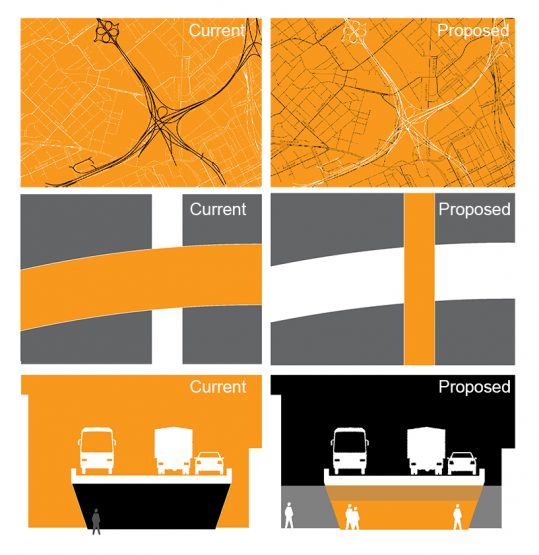 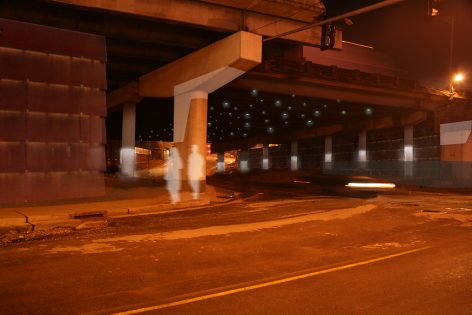 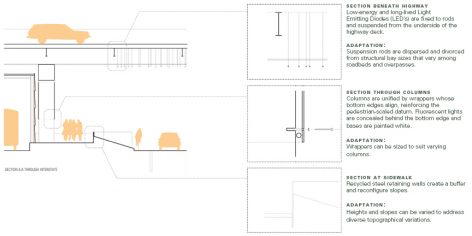 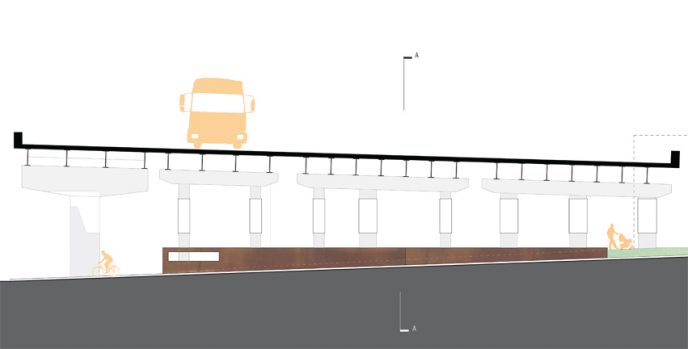 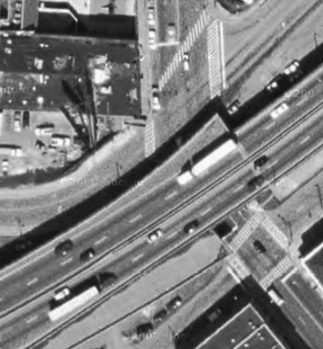