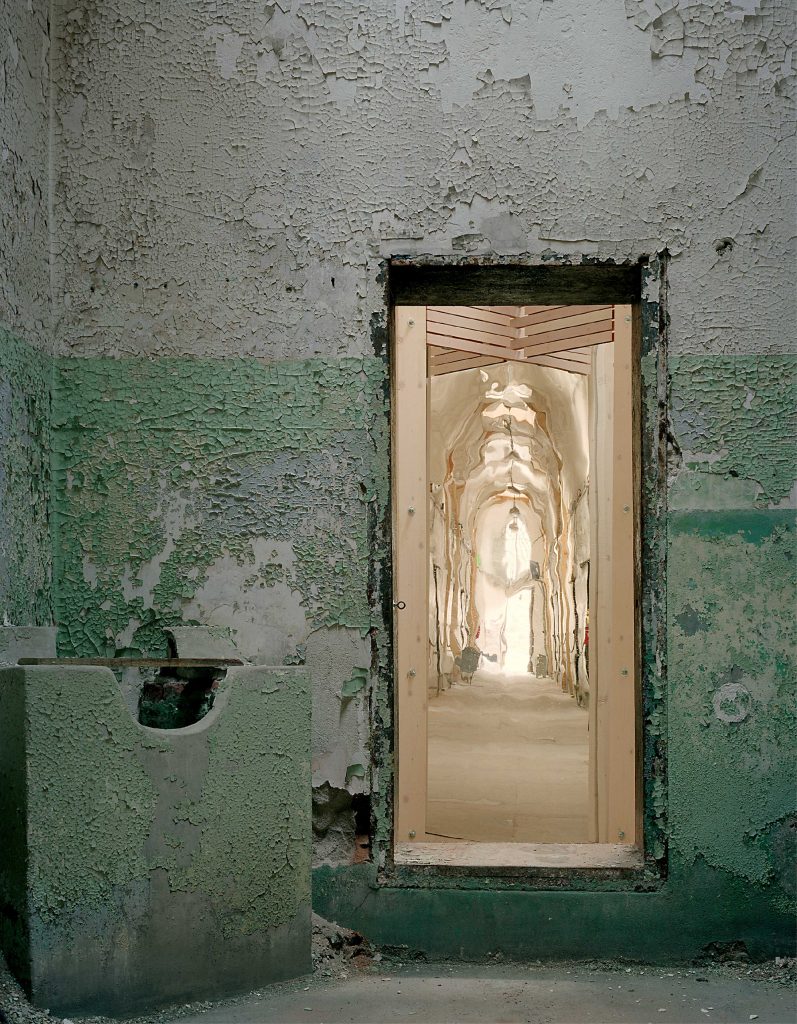 Point | Counterpoint; A Conversation with Haviland is an installation at Eastern State Penitentiary National Historic Landmark in Philadelphia. Operational from 1830 to 1971, the prison is now a museum. One of the largest and most technologically advanced buildings of its day, Eastern State, ‘‘linked solitude with moral and vocational instruction, exemplified the Pennsylvania System of penology, and became a model for over 300 prisons worldwide.’’ This architectural installation initiates a conversation with the prison’s architect, John Haviland (1792–1852), about Eastern State’s influential role in establishing an architectural type – the radial prison. curb conceived, designed, and built the work in Tennessee and installed it in the penitentiary.

Haviland’s radial scheme for Eastern State can be read as an attempt to control vision, and through this manipulation alternately empower or isolate the prison’s various occupants. In the cell, the prisoner’s view is limited in every direction — held in by the opaque walls. The only visual outlet afforded is the single oculus, which causes the prisoner’s gaze to be directed toward God if it is to be free at all. Conversely, the guard’s view is extended and enhanced. The guard exercises his privilege along the radiating lines of the prison’s plan. Patrolling the long corridors flooded with natural light, he is privy to a world that is completely hidden from the prisoner. His gaze is charged with control and power. At the central rotunda, this elevation of the power of vision is lifted to its logical apex. Here, the guard becomes all seeing—able to monitor every corridor from a single point.

This project turns the tables. It presents visitors with an alternate reading of the prison. Through an intervention of screens, mirrors, and thresholds, the view of the guard is captured and contained within a cell; meanwhile, the prisoner’s view is extended and linked not only to that of other prisoners but ultimately to an implied ‘‘horizon’’ brought in through the oculus. While the project proposes an alternate reading, it does so within the relentless geometries and axes of the existing plan. Much like a rhetorical debate, the seeds for questioning the original thesis are found within its very logic. Though the installation is discrete, in this cell block and these few cells, it effectively reverses the power of vision of the various occupants. 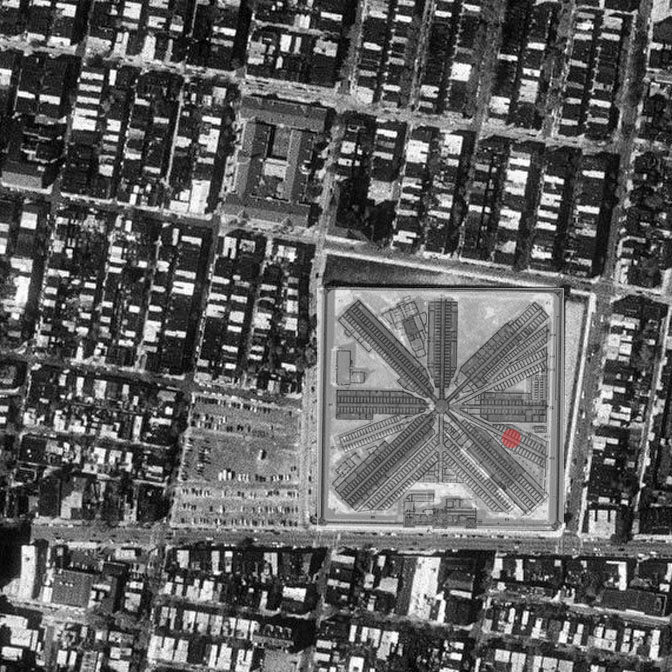 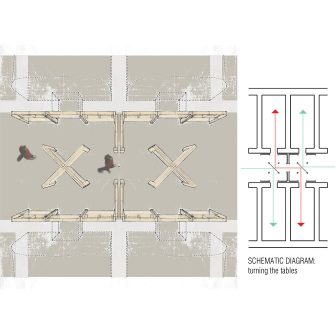 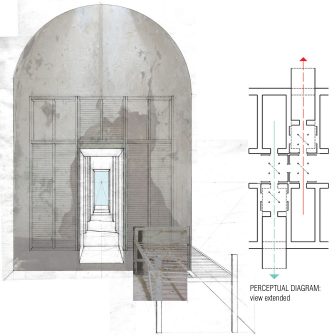 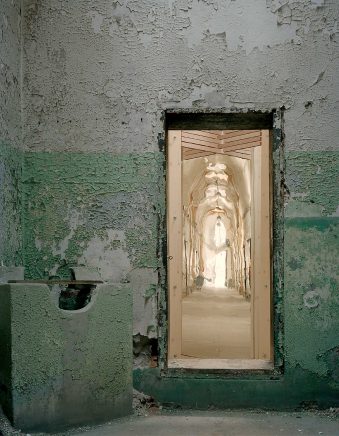 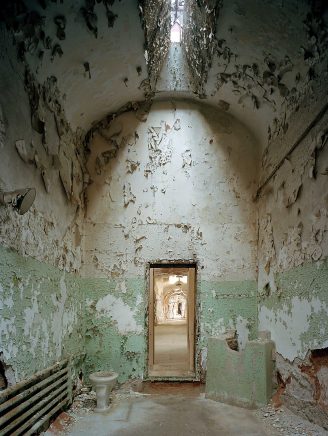 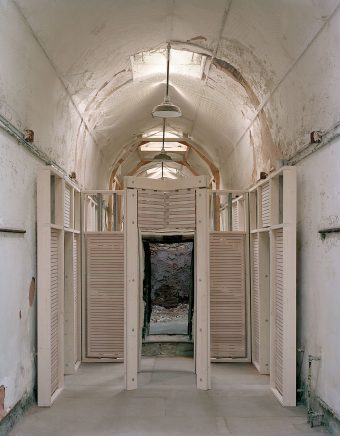 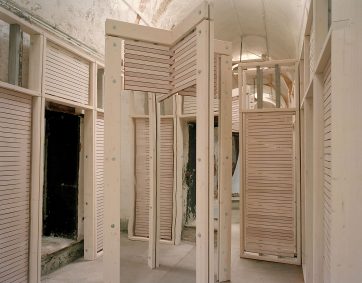 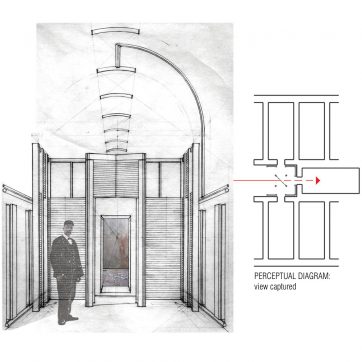 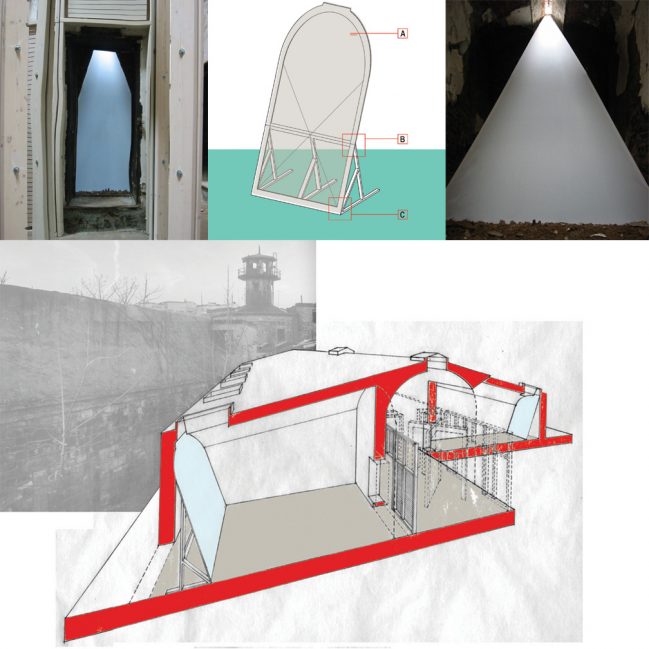 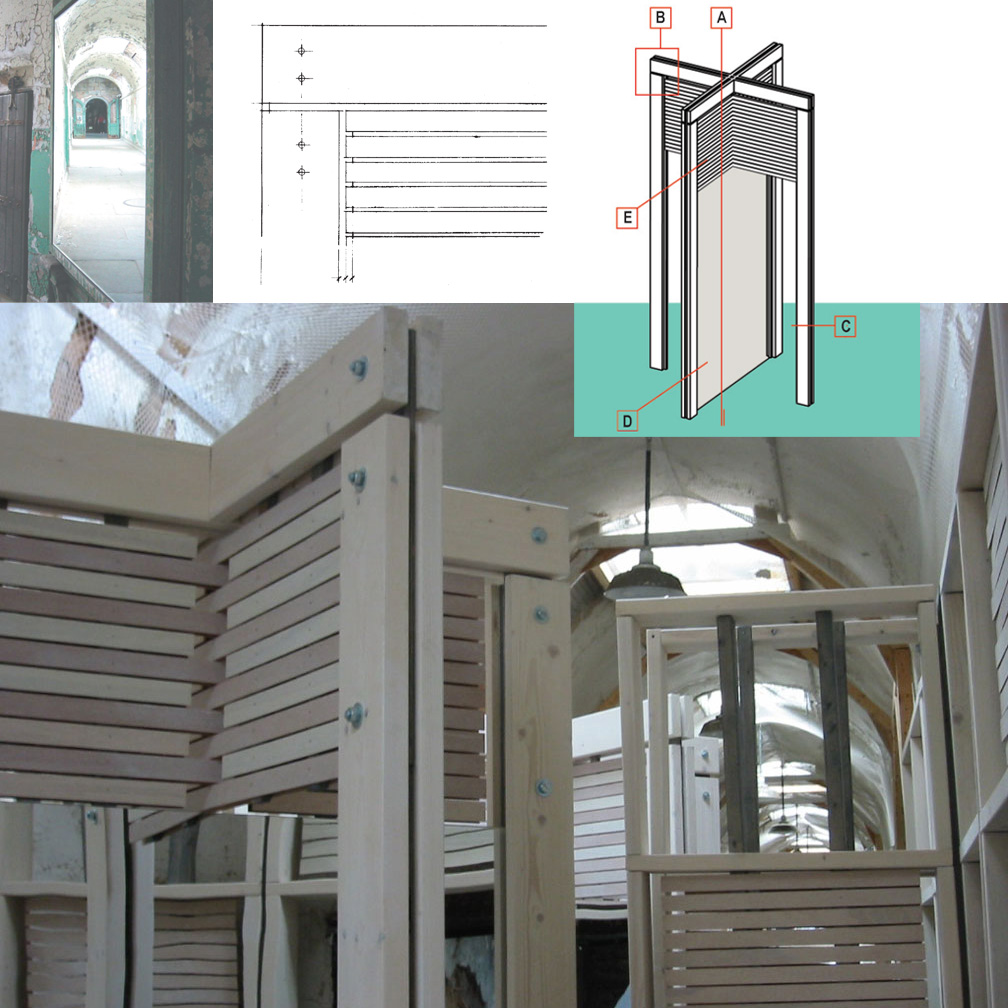