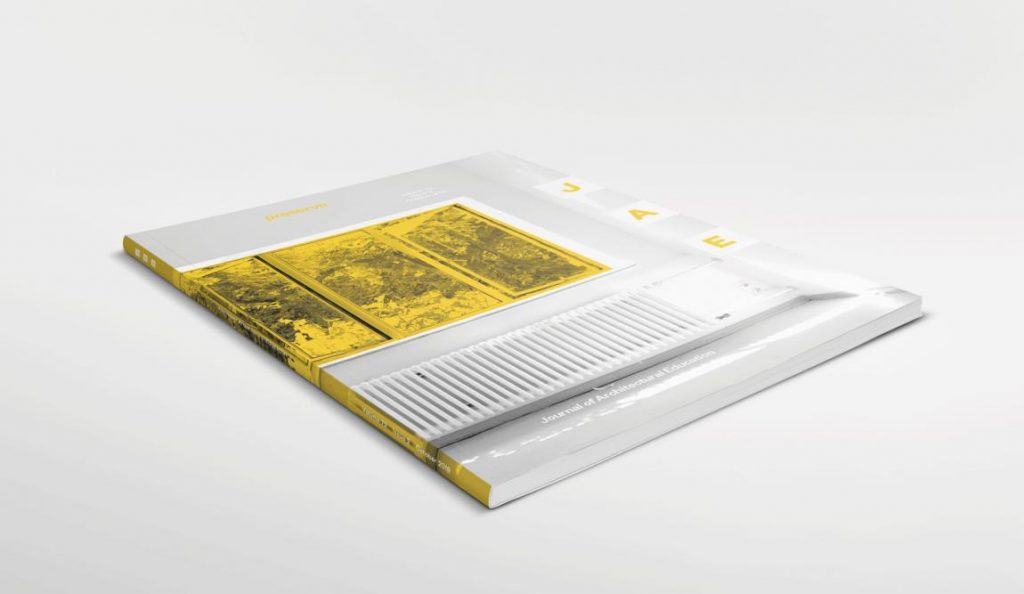 The call for this issue of the Journal of Architectural Education cast a purposefully wide net with which to capture a range of approaches to and understandings of preservation, construed broadly. The issue’s invited content helps to stake out this intellectual landscape and begins to describe the diversity of concerns that fall under the field’s umbrella. While it is illuminating that, from a common starting point, preserve, the invited contributors have arrived at widely varied and sometimes conflicting stances, it is perhaps even more significant that they at times seem to be talking past each other, which may indicate areas of agreement and overlap that they themselves do not yet see.

The issue begins with an interview with Jorge Otero-Pailos in which he describes the motivations driving experimental preservation, its position in the academy, and its cultural curiosities. In it he makes the case that conflicts over the proper care of buildings and monuments are proxies for societal issues about which direct discussion is fraught and difficult. He sees the work of experimental preservation, in part, as developing better understandings of underlying and interconnected issues at play in these instances.

Taking a contrarian view, Deborah Berke highlights the catalytic potential existing structures may lend to contemporary design. Drawing a distinction between the historic and the merely old, she decries what she sees as an overly broad cultural desire to protect and maintain undeserving structures. Arguing against nostalgic tendencies, she advocates for robust interventions in existing buildings.

In a sobering piece, filmmaker Tim Slade highlights the purposeful destruction of cultural monuments as a weapon of war. When compared to the more ephemeral characteristics that may define an imperiled population, such as languages or practices, buildings and monuments present a concrete and thus an enticing target for those who seek to erase another culture.

David Leatherbarrow reminds us of architecture’s role as a register upon which human existence, both individual and collective, is recorded across multiple timescales. His insights have the potential to shift our consideration of the appropriate care of and design response to the built environment; raising myriad questions about the cultural significance of wear, patina, and material flows.

Three Scholarship of Design articles serve to further flesh out the issue’s focus. First, Phoebe Springstubb considers the preservation of ephemeral aspects of cultural heritage and to what extent such preservation may serve as an analog for the more familiar preservation of buildings, landscapes, and monuments. Using the French meal as a touchstone, she describes many versions of its practice and its changing connections to place, be that table or landscape.

The multiple incarnations of the Barcelona Pavilion serve as a framework for Lance Hosey’s exploration of how we philosophically consider objects’ persistence (or non-persistence) over time. With the Pavilion(s) as his lens, he traces various permeations of how we might think about an artifact’s authenticity, how that authenticity is maintained or lost, and how that authenticity might therefore color our consideration and care – questions with clear implications for contemporary preservation.

Alison B. Hirsch tackles the difficult issues surrounding spaces of resistance and unrest. Using the troubling history of the urban violence in Los Angeles sparked by the Rodney King verdict as fodder for a graduate landscape studio, she and her students propose methods through which the affected areas might be restored—a proposition made even stickier and more urgent by considerations of the areas’ fragile economic states.

Rounding out the invited content, Bryony Roberts has curated a set of discursive images exploring the use of unorthodox methods of documentation. Along with a sample of her own work, these examples by Moreshin Allahyari, David Gissen, Farzin Lofti-Jam, Caitlin Blanchfield, and Jaffer Kolb upend expectations about the role of documentation while nonetheless revealing unexpected aspects of the subject artifacts.

Three Micro-Narratives offer glimpses into further wide-ranging aspects of contemporary preservation. Landscape architect Danielle Narae Choi uses the unusual circumstance of tree species, whose growth remains stunted until more favorable environmental conditions arise, to reflect on how the idea of preservation is applied to the dynamic and changeable, and what the resulting insights might mean in light of our expanding awareness of the changeful lives of buildings.

Julia Jamrozik describes her oral history project, “Growing up Modern” (undertaken with Coryn Kempster) in which they interview the residents of landmark modern buildings such as the Tugendhat House and the Unité d’Habitation. The interviews bring a sense of humanity to these iconic projects and help to conserve an overlooked aspect of their histories.

Referring to English probate records from the Middle Ages, Zachary Stewart suggests one route for extending the historical timeline of the architectural preservation movement by examining the language that was deployed to describe building renovations and additions of the time. He unearths a vein of language that considers buildings as corporeal constructs and posits that such a line of thought might be productive for contemporary preservation.

The issue is rounded out by a Design as Scholarship project. Forbes Lipschitz, Halina Steiner, Shelby Doyle, and Justine Holzman propose to use projection mapping technology to create a digital landscape preservation project that conjoins the US National Parks with the Washington DC Metro system. Speculating about the power of such projections to create emotional bonds with subway commuters, the project suggests that we might meaningfully extend the desire to conserve the parks to those who have not yet had direct experience with them.

The breadth of the work in the issue and the diversity of its interests and motivations serve to reinforce the intellectual vitality of the field of preservation, the relevance of its efforts to broader cultural projects, and its potential to serve as an important touchstone not only for those interested in the proper care of buildings but also for those concerned with their design and construction. The paradox of entropy and inertia physically embodied in the built environment continually force us to take stances with respect to the values by which it is made, maintained, reconfigured, and ultimately destroyed.